Assuming the role of the Flâneur 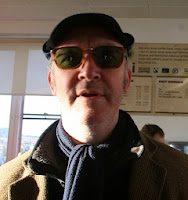 (This is a piece I wrote for the MFA Art,Society and Publics blog after an afternoon of art activism experiments in Dundee.)

To be guided through a city space at the whim of another is to give up ones habitual pattern of travel and to enter into the nuanced space of the unfamiliar, it becomes an experience of re-visualising and rediscovering urban environments and is both an act of subversion and disobedience.

This particular exercise granted licence for the participants to witness the cityscape in a new and unusual way. It was for example refreshing to be able to stand aimlessly on the street without fearing the suspicious glances of the public, psychologically bolstered by the silent reassurance of the art action and the complicity of the group. This sense of social liberation allowed one to indulge in a feeling of playful wonder and discovery. Of course, in the old tradition of the psychogeographic Dérive one begins to notice details and hitherto unacknowledged features of the urban topography. Decorative facets and roof lines become suddenly significant, when the psycho babble of ones life drama is temporarily put on hold, the mind is able to re-invest the world with meaning which has been lost or taken for granted. Acts such as holding a conference on the green, drawing self portraits in a cafe, ritualistically hanging around outside a locked church and making a fuss in the local record shop become delightful diversions from the humdrum monotony of social conformity. The walk becomes an act of social disobedience undermining preconceived and accepted societal behaviours and norms and if accusations of mental illness or suspicious loitering are brought to bear, one can reveal the trump card; artists at work.

authoritarian regimes in particular object to any expression of loitering or idleness, seeing it as a manifestation of subversion; Hitler, for example, banned both prostitutes and vagrants from the streets. The loiterer refuses to submit to the social controls of modern industry.   http://psychogeographicreview.com/?p=2568

Many architectural and cultural signs and signifiers burst into consciousness as we traverse the commercial, academic, artistic and religious sites of the city's West end. Including, significantly, a glittering panoramic view of the entire topography, a symbolic whole as seen from the intellectual ivory Tower Building of the University.

There we were, playing our games in the sky while a thousand personal dramas unfolded beneath us. 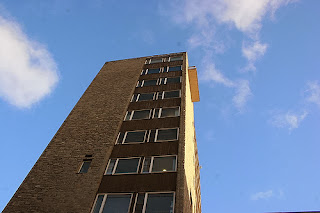 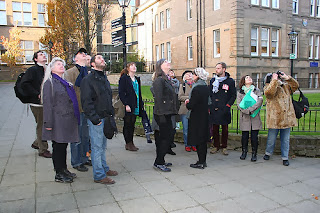 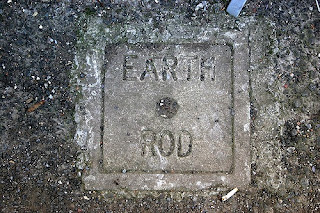 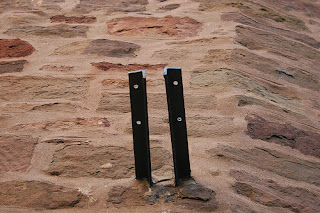 The afternoons drift was not random and one did not become lost in the traditional sense of the word but it was a voyage into the unknown where the interactions of events and situations led to altered states of awareness. The afternoon's experience left myself with a curious feeling of elation - the journey had taken me out of myself. It was also apparent that the group had been 'through' something together, tentatively feeling its way into a process, by the end of which it was left pondering the repercussions and significance of the questions which had arisen. 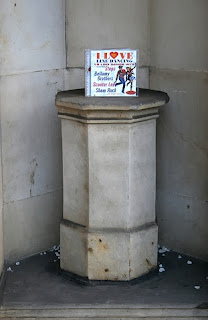 On a fundamental level the experience was an investigation of roles: activists, observers, reviewers, leaders, followers, the dominant and passive but even more than this it begat existential reflections such as; what is my role in society, what public costume do I choose to wear and how do my creative actions disrupt or interfere with the wider sphere of my life and the lives of others, where do I place myself in this vast amorphous sea of culture? 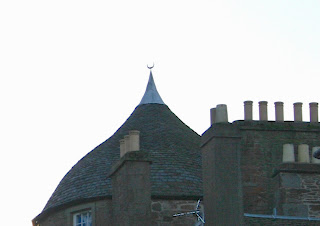 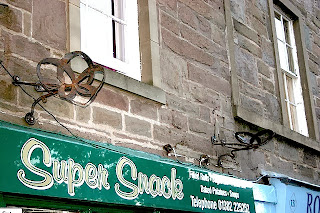 Dérive: a technique of rapid passage through varied ambiances. Dérives involve playful-constructive behavior and awareness of psychogeographical effects, and are thus quite different from the classic notions of journey or stroll. In a dérive one or more persons during a certain period drop their relations, their work and leisure activities, and all their other usual motives for movement and action, and let themselves be drawn by the attractions of the terrain and the encounters they find there. Chance is a less important factor in this activity than one might think: from a dérive point of view cities have psychogeographical contours, with constant currents, fixed points and vortexes that strongly discourage entry into or exit from certain zones.http://www.bopsecrets.org/SI/2.derive.htm

Emil Thompson said…
Lucilassalle, thank you for leaving a comment. Not quite sure what you're driving at but I love it anyway!
29 November 2013 at 00:39

Bobby Seal said…
Hi Emil - you have some amazing stuff on this website. I only discovered it when someone linked from it to my blog (www.psychogeographicreview.com). I feel honoured that you used a quote from me in one of your pieces (Assuming the role of the Flaneur) and grateful that you provided a link to my blog too. With thanks and best wishes for a creative, fulfilling future. Bob.
24 January 2014 at 07:17

Emil Thompson said…
Hey thanks so much Bob, I think I've seen you around on the old twitter feed, will look you up forthwith. I was so glad to find that brilliant quote on your site, it was perfect for the point I was trying to make. Here's to happy trails and many years of fruitful discovery. E
16 February 2014 at 14:02