- August 13, 2013
A while back I went and foolishly sold my vintage Dynelectron bass guitar in a fit of non-materialistic pique (I also needed some money to pay the rent). Of course I immediately regretted it as I later craved the very distinct sound it possessed, not to mention the fact that I'd had it since I was youngster..BUT..we must not dwell on these nostalgic things...they are only 'things' after all. Best not to look back at the past through rose tinted spectacles...because actually, a lot of it was much worse than we like to selectively remember.

Anyway, finding myself a bit poorer (again) and in need of low end satisfaction as it were, I turned to the web in search of solace, foolish I know, but I did stumble upon a guy who had made a rather good fretless bass from no more than a plank of 2*4 timber, some screw drivers or machine heads and a couple of strings..actually it sounded very good indeed (nice work Ben). Needless to say this got me thinking. Now as it happened I was studying for a degree in Fine Art at the wonderful University of Chichester at the time and had access to a woodwork shop and some nifty power tools. The lovely technicians (Nic, Bob, Anne and Di) even gave me a rather nice piece of Ash to play with. Before I knew it I had profiled the neck on a band saw, found some bits of scrap metal and a few discarded guitar machine heads. All I had to buy was a set of short scale flat wound bass strings, a piezo strip pickup and a jack socket. That was it, the whole thing cost about 20 quid and the strings were by far the most expensive item. A little bit of tweaking and refining along the way and it sounded and played fantastically well...better than I could ever have hoped for. Here's some photos. You can hear it played all over my recordings on bandcamp and youtube. Just check the links on this blog. The one with 'Bamstick' in the title is a good place to start. Later on I appended a 2 string diddley bow type broom handle guitar on to the bass for double neck rock out action, so now I can lay down a bass part on the EHX looper and then play mean slide guitar over the top of it whilst pulling pained facial expressions..... happy days! 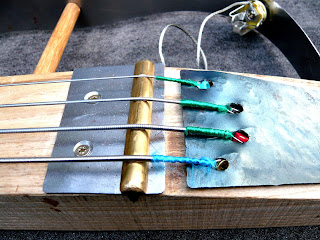 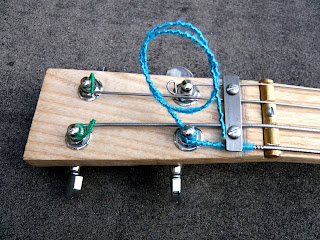 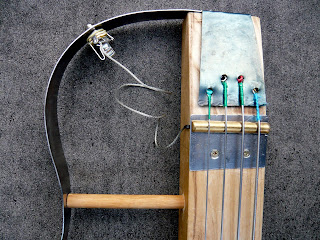 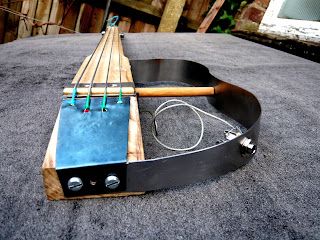 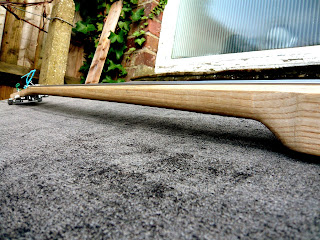 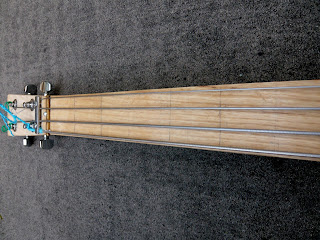 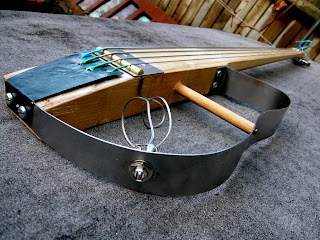 Songs Of The City - Update 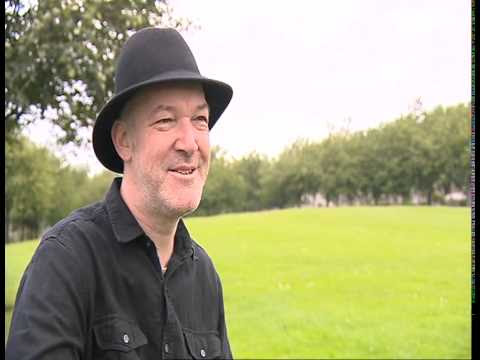 My 'Songs of the City' poetry/art project was featured recently on a short local television news article by STV here in Dundee. It was a Monday morning when they filmed this....say no more. Visit Songs of the City website here . ( Many thanks are due to Jag Betty for bringing it to the awareness of the media. Jag also has a page about his local exploration activities here : https://www.facebook.com/strangeplacesinscotland/timeline )
Read more 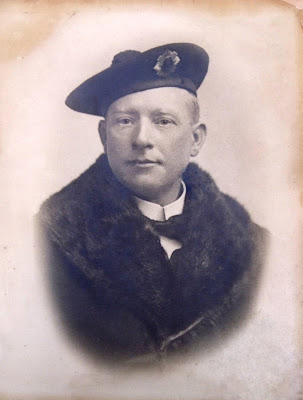 P.P. Bell My great grandfather Patrick (P.P.) Bell was a well known entertainer in Dundee between 1895 and 1943.The recent discovery of a songbook compiled by his son Hugh Wilson Bell sparked a trail of research and discovery into the life and times of my musical ancestor and resulted in an extensive archive project which contributed to the overall research base of my masters degree at Duncan of Jordanstone College of Art and Design here in Dundee. Having recently completed my masters degree I have begun the task of archiving my research on the web and presenting my findings to the public. This project informed and propelled much of the work I have since done on local and vernacular creativity and especially the role of context sensitive song and poetry in relation to cultural and historical commentary. It in turn led on to the creation of my own 'Back Stories' Dundee songbook in 2015...(more on that to follow). The P.P. Bell Archive site can be found here
Read more