Adventures in Un-popular music with a Boss Micro-BR 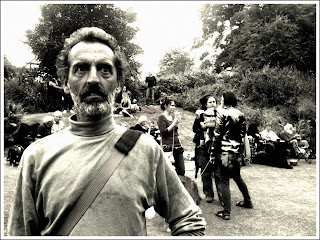 I got myself a BOSS Micro-BR last year mainly because I was all out of space in my house. The arrival of son number 2 meant that my creative space was relegated to a plastic box which had to be opened and setup then put away again after every creative session...what a drag. So away went all the FX boxes, wires stands, leads and mics and out came my little studio in a fag packet size container. A miracle of modern music tech with all its built in FX and input options.

Anyway, with no more than a guitar and a home made bass (more on that later) I fashioned a super swish if not rather cheesy in places, collection of er 'pop' type songs. No stylistic straightjacket for me thank you very much. There's everything on here from soul funk to rock and soothing ballads. Of course I didn't dare put my own name to it so I requisitioned a moniker from the hero of a wonderful book called 'The Moon and Sixpence' by Somerset Maugham which sets the willfully creative tone for the 'Charles Strickland Express' debut 'Let Them Eat Pop'.

Everything was recorded on a Boss Micro-BR so it may give you some idea what's possible with one of these tiny boxes of fun. I had to custom tweak quite a few of the presets but it was a worthy experiment. (What's that you say..sounds like all music made on a small digital studio).

About Charles Strickland from the liner notes:
If you met Charles Strickland you may think him a nice enough fellow but if you really got to know him (which is highly unlikely) you'd soon begin to realize that below that amiable exterior there lurks a gaunt and hermitic fanatic, hellbent on following his creative path to the exclusion of all else. 'Go to hell' he'd say if you asked him to get a proper job, or if you should be so bold as to ask him whether he cares what other people think of him or his art he'd say 'why the hell should I give a tuppenny damn what you or anybody else thinks?' That's just the sort of guy he is really, all he wants to do is create or perish.

footnote: son number 2 is now my biggest fan and at 1.5 years of age this is all time favourite album!
Boss Micro-BR Charles Strickland Express microbr pop