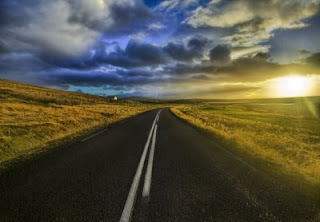 What the hell is HDR imaging?
Well, I liken it to what mastering engineers do to audio tracks before they go on a cd. They add the gloss, sheen and sparkle, saturate the loudness levels and even-out all the lumps. A similar mastering process happens to video and film in post-production where engineers do magic to the colour balance, brightness and general look of the material and ensure it adheres to broadcast safe parameters, before going to press.

HDR stands for 'high dynamic range'. In music mastering, a thing called the 'dynamic range' is an important factor in preserving the 'light and shade' in the music (a big problem in today's uber loud cd production strategies where dynamic range is severely comprimised). In visual terms it's kinda similar and employs a technique called 'tone mapping' which seems to give digital images an almost eye popping hyper-realism, probably approaching something akin to what you really see with your eyes, rather than the flat tonally subdued images reported to you by a computer monitor. Here's another example. 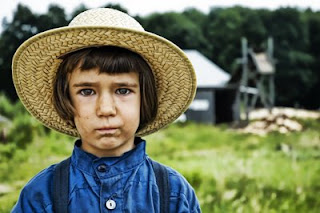 The great thing is, you can process your own images yourself with the help of a programme called photomax and a quick tutorial (see below).
The images above were created by a jolly nice fellow called Trey Ratcliff and feature on his famous travel photography blog 'Stuck in Customs' which is also home to a great 3 part HDR tutorial here. Thanks Trey.
So there you have it, I haven't done any of my own HDR's yet but maybe soon I will.
mmm...Inneresting.
Digital imaging HDR High Dynamic Range Photomax

Unknown said…
HDR Imaging can play an important in and make for making adn editing photos
26 October 2012 at 21:45